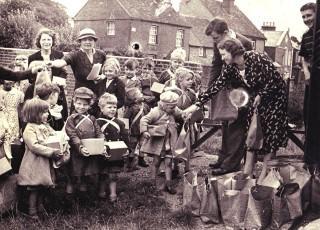 During the War, Welwyn and Woolmer Green were areas where some children from London were evacuated to to avoid the bombing in London.   The children left their parents and went to live with local village families. Above is a photograph of some Hertfordshire evacuees.

War time evacuees were living in the village and attending the school at this time – the gardening was a real novelty for them, coming from the city of London.  There was friendly rivalry between the village children and the evacuees.  Games the children played were hopscotch, skipping, tag and marbles 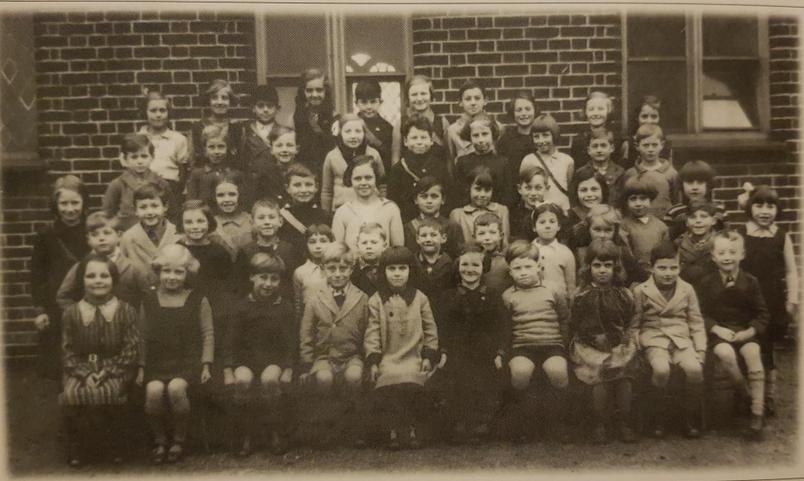 Two of the school headteachers (current and future) - Mr Whittingham (April 1940 – Aug 1953) and Mr Henry Hodgkiss (Sept 1953-1956) somehow as part of the emergency wartime effort, had the job of paying out old-age pensions and supervising the Herts County Council lending library.   The pensioners queued outside the school long before the end of school, keen to get their pensions and have a 'natter'!

There was a sports day once a year against other schools in Tewin and Datchworth.   Wednesday afternoons were memorable – when there were Gardening lessons at the back of the school in a big plot where the headmaster was in control.  Afterwards there was often a nature walk through the wood at Mardley heath.