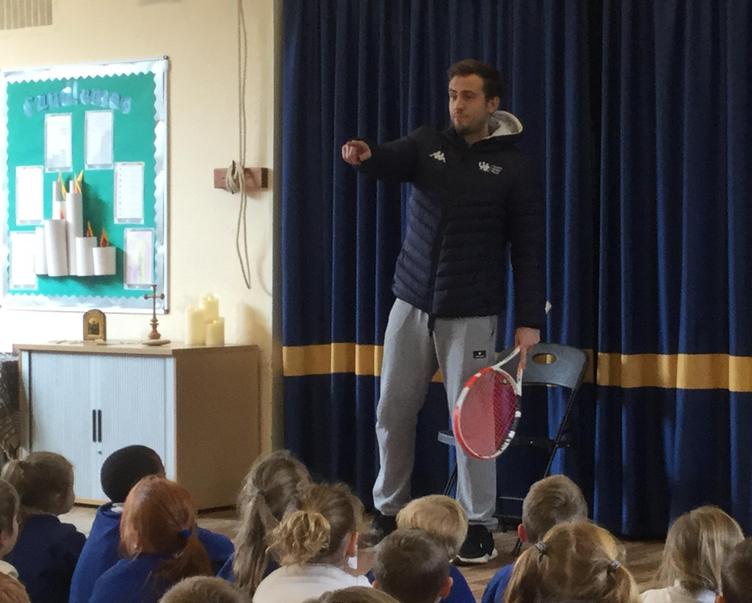 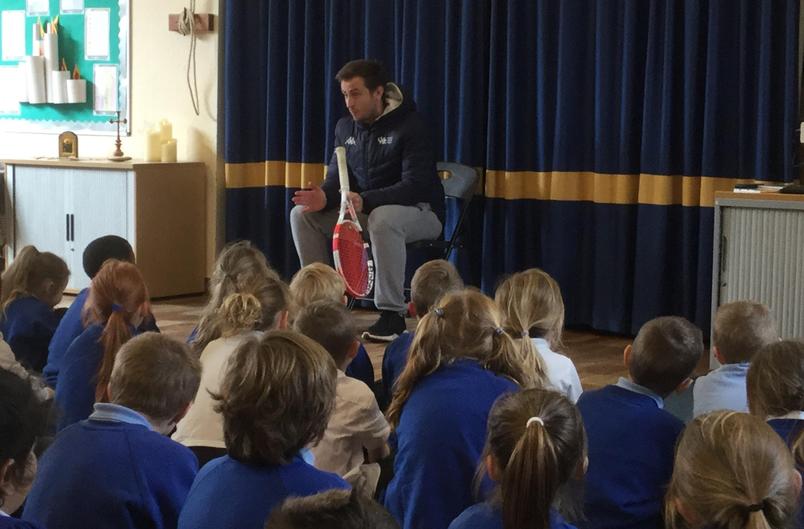 We were thrilled to host someone famous and had prepared MANY questions for him!

Here is a little more information about our guest....

Alex started playing tennis in his home country Ukraine at the age of 8 before moving to England with his family aged 10. Even from a young age Alex wanted to be a tennis player and had a dream of one day competing at Wimbledon.

At 16, Alex had knee surgery which took him out of Tennis for over a year but through lots of hard work, patience and determination he went on to achieve his dream, playing at Wimbledon three times between 2008 and 2010.

Alex reached a career-high ranking of British number 4 and competed in five Grand Slam events, including Wimbledon, the US Open and the Australian Open. Alex has been the training partner of Andy Murray and Roger Federer.

Pupils in Oak class were fortunate to follow the assembly with a tennis lesson with Alex as their coach!