Miss Payne ran the school from her father's farm building prior to the current school building being built and opened in 1860.  She left after dedicating 35 years to schooling in Woolmer Green and lived until she was 88. She is buried in St Michael's churchyard.

Emma was on the Woolmer Green census in 1881, living with the first teacher, Miss Jane Payne as her lodger.

The first joint headship of the school was the husband and wife - Mr and Mrs Goss. Until this time the school had always been a 'dames school'.

A second husband and wife headship.

Mr and Mrs Stacey were the third joint headship and successfully ran the school for 23 years until they retired in 1927.   The school house (in front of the preschool, next to the Chequers) was built in 1903 and first housed Mr and Mrs Stacey. The school master (Mr Stacey) was also the church choirmaster at the church, the churchwarden and the treasurer! The village Flower show was a regular event arranged by the school, with Mr Stacey the chief organiser.  This was held on the last Saturday of July each year, in the meadow opposite the church. “The whole village took part and there was great competition among one and all.” 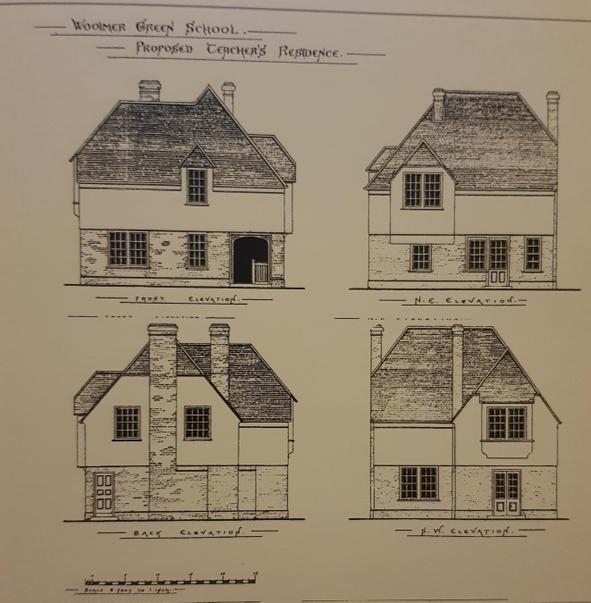 He was also a special constable and the church organist.

One day a lorry turned over on the bad corner near the Chequers, so Mr Whittingham left the school to deal with it whilst the village ladies came out and collected up the tea spilt from the lorry!

During the war Mr Whittingham also handed out pensions to the local villagers.

Mr Mortemore sounds like quite a character. When the children at the school played netball or basketball, he would stand with a wastepaper basket on his head as the goal, since the school did not have one! 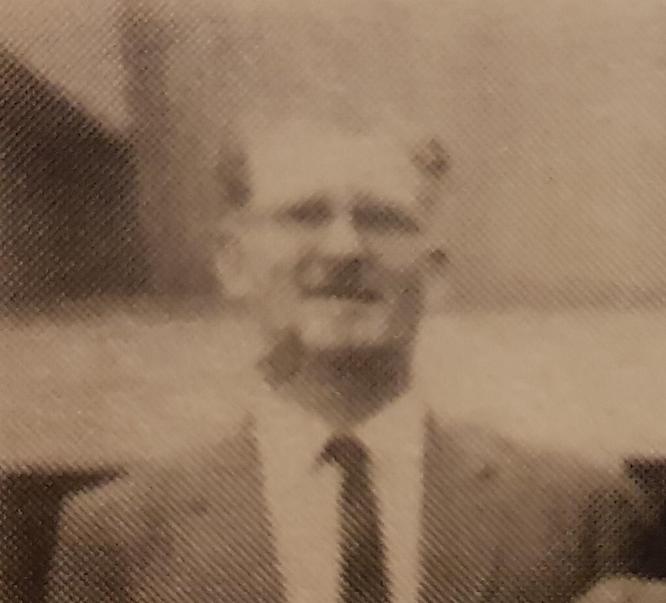 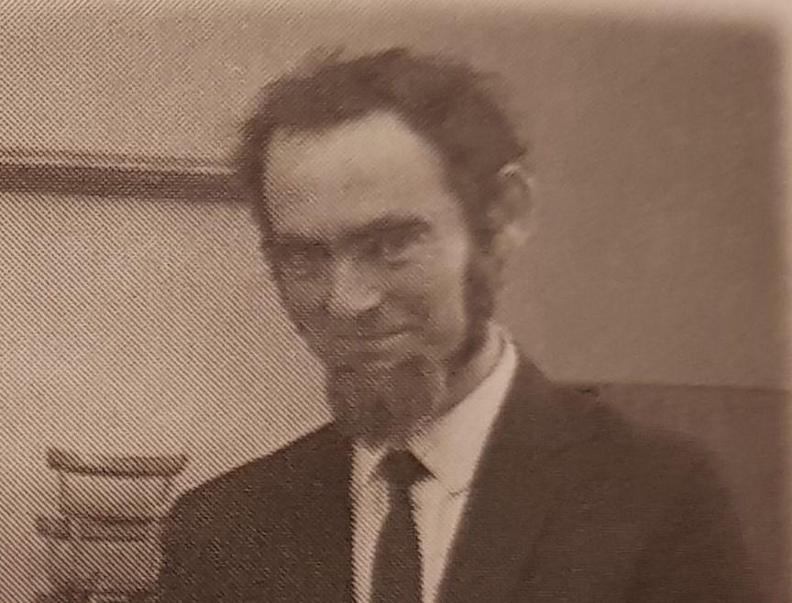 Mr Brian Jolly and his wife Tina moved into the school house which had been unoccupied for sometime; having to cut back 5-6 feet of grass in the garden. Mrs Tina Jolly, the headmaster’s wife, set up the first school Parent Teacher Association (PTA) for the school – which we now call “The Friends”. 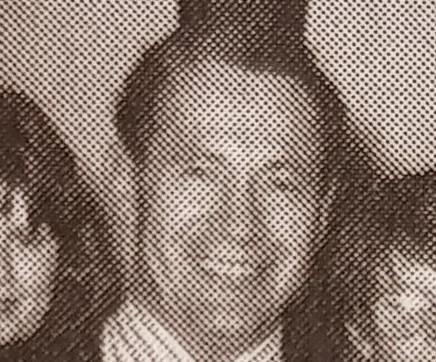 Mr Jolly and the school group with the new bell 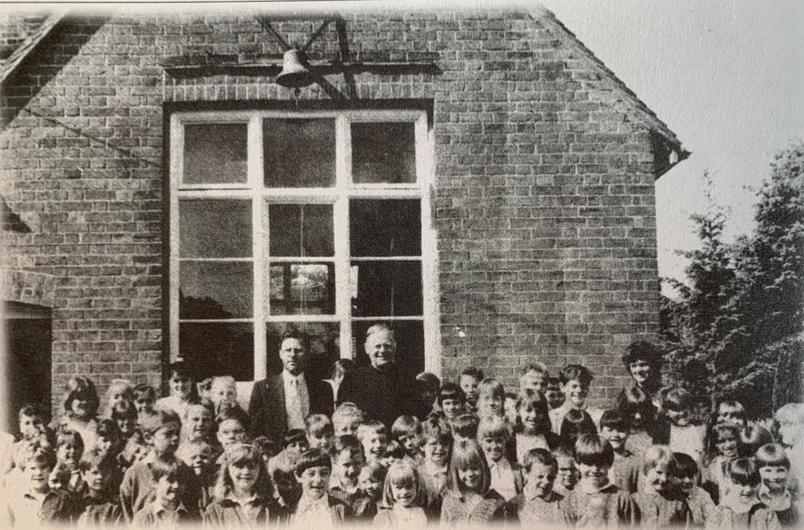 Alison was the first sole female headteacher for nearly 100 years! Mrs Witchell later went on to be the headteacher at Welwyn St Mary's school.

Mrs Westley later went on to be the headteacher at Welwyn St Mary's school.

Mr Mallon took over the headship after having worked in the school for a long period of time.   He was the school Head Teacher until 2017. Mr Mallon was a great ambassador for the school as you can see below, and worked hard to try to improve the road safety for the children.

Mr Mallon outside the school 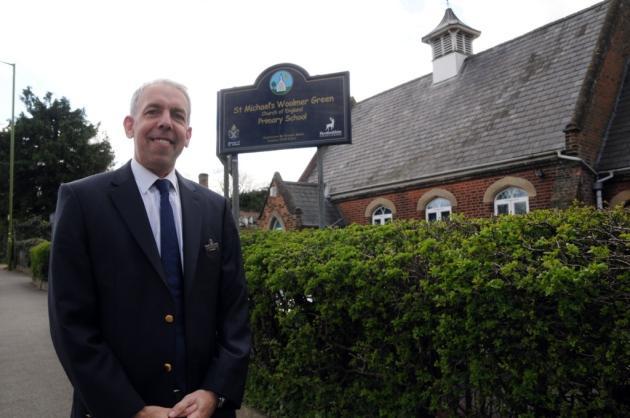 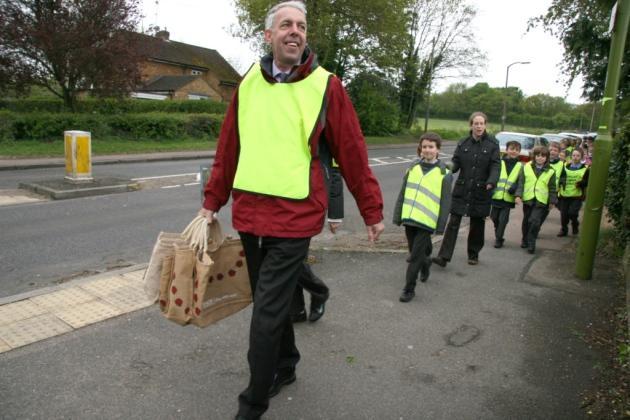