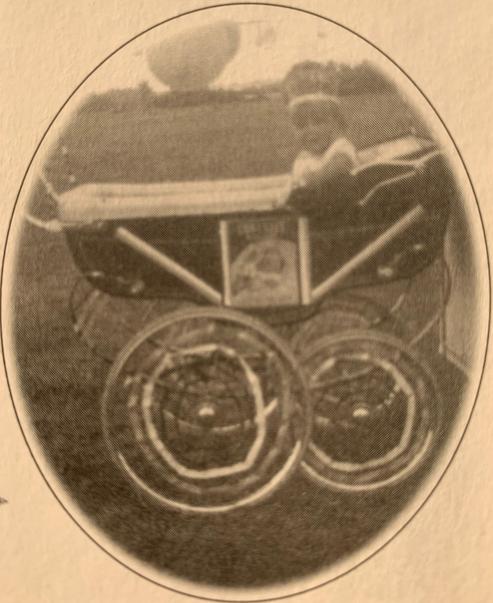 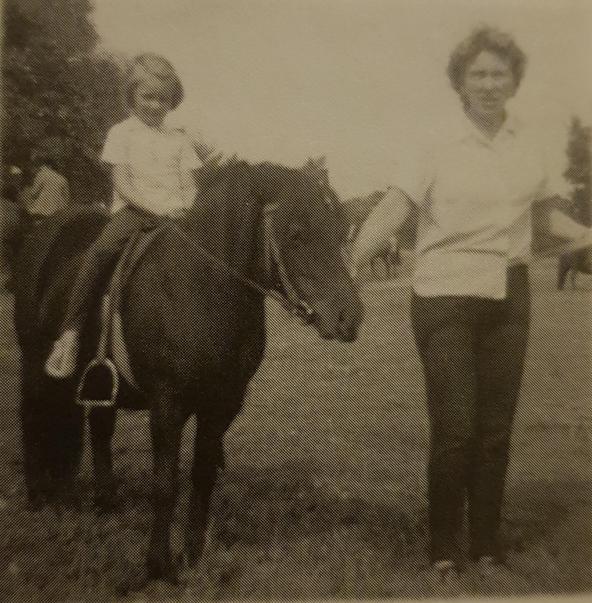 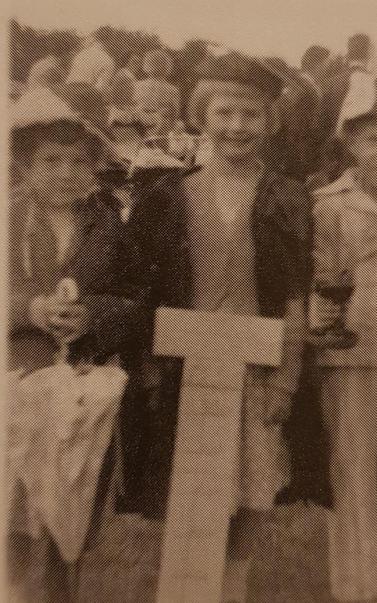 During wartime with the extra evacuee children, the school started to feel very smalll.  The main school was separated from the infant school by just some screening.  "The classroom was cramped and there was little chance for creating displays".

There were a large number of events put on in the village hall, all trying the raise money to build the new school building.  A large amount of the village were involved, including the Women's Institute (WI) held their meetings in the hall and helped to raise money for the school extension too.

WI meeting in Oak classroom 1951
During the 1960s there was continual fund raising, trying hard, as a community, to raise money for the new school extension.
School photo 1957/8 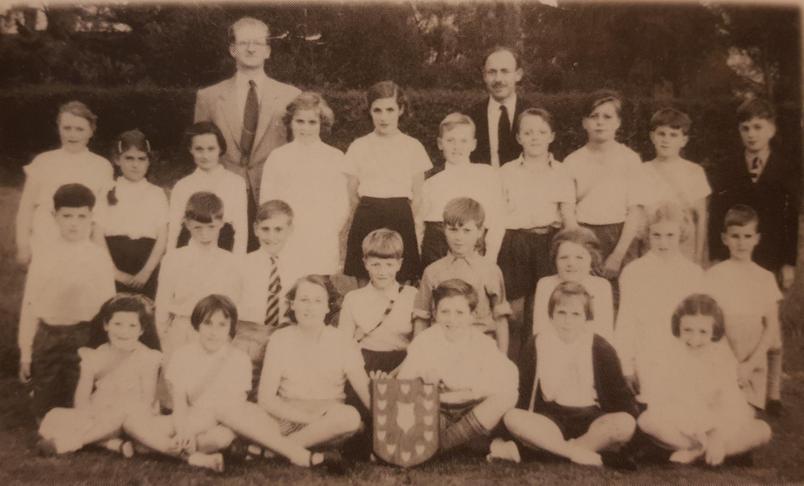 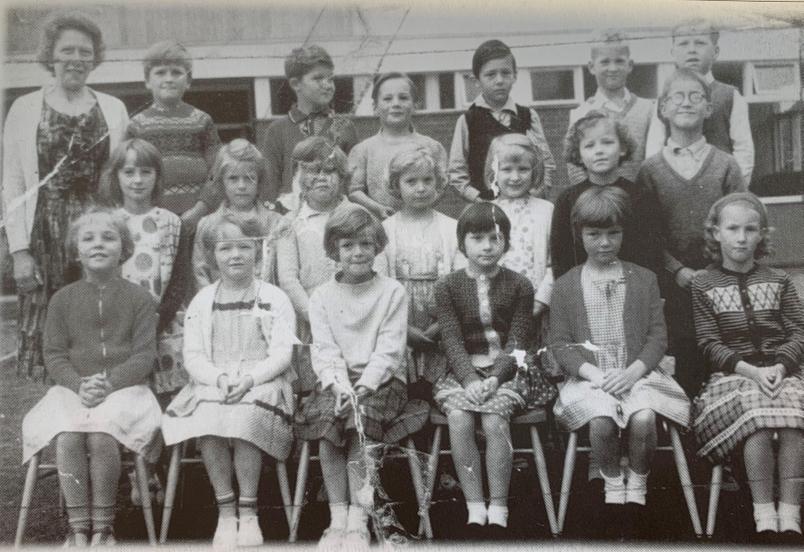 The school extension finally got underway in the mid 1960's! 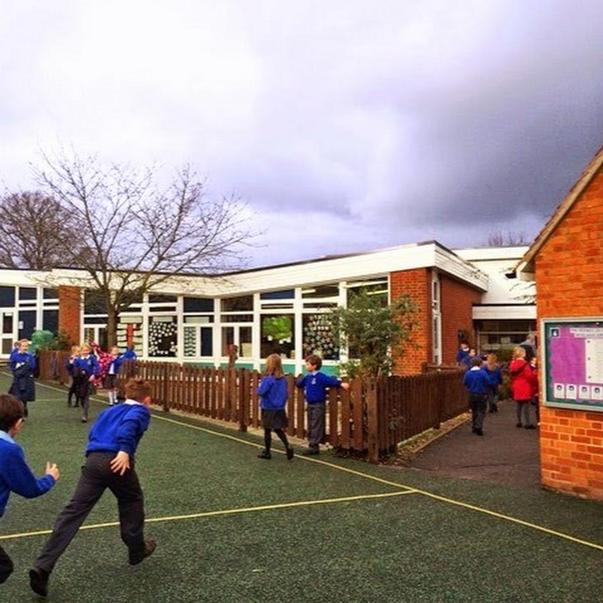